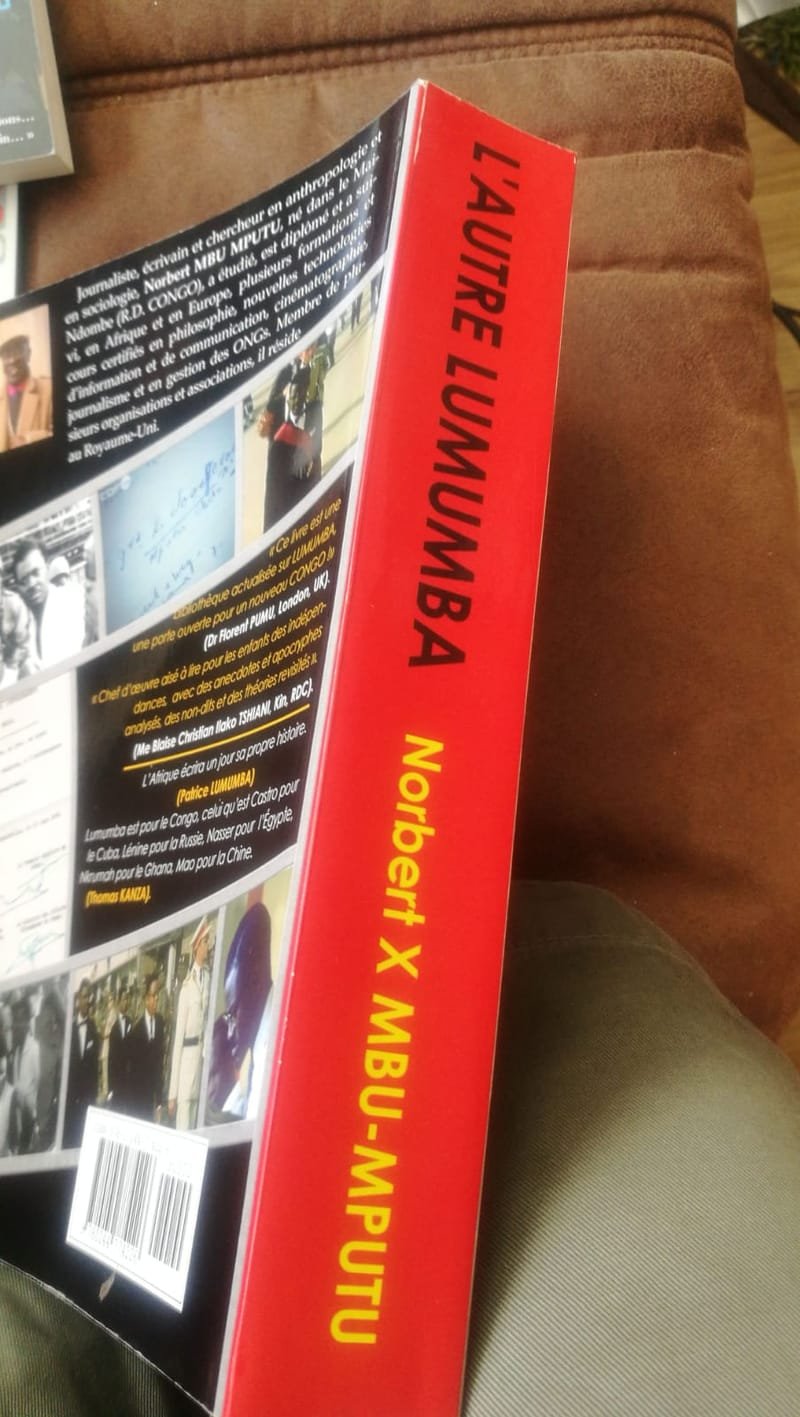 They could be bought via Internet. Enjoy them. 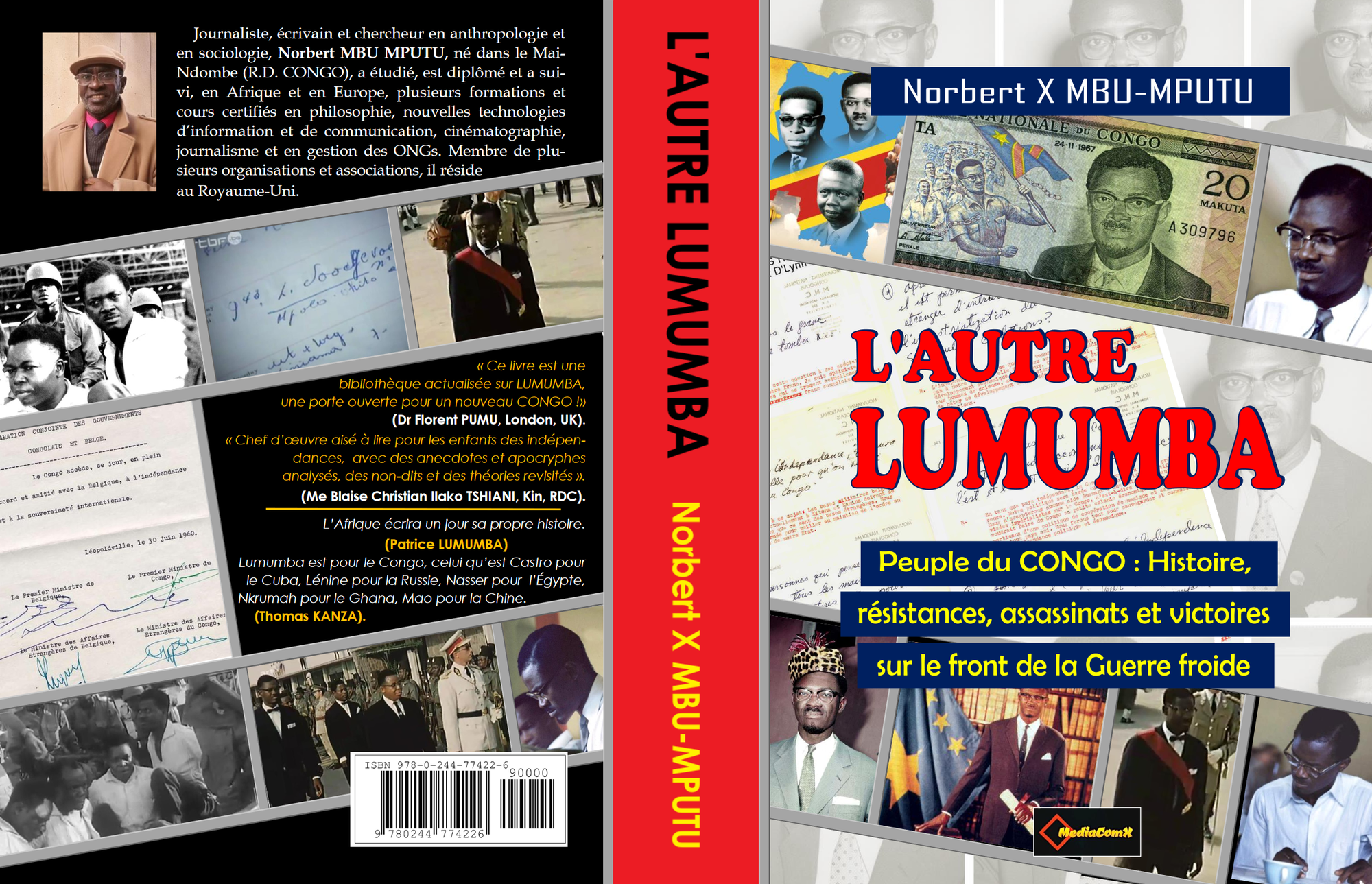 On January 17, 1961, Patrice LUMUMBA, Maurice MPOLO and Joseph OKITO were assassinated by the CIA, the Belgian and British secret services with the complicity of the Congolese. The report of the Belgian parliament, the last work excavated on this assassination, reveals unpublished documents, other documents and testimonies allowing to know what happened, how it all happened, who were the actors, the authors, the witnesses of this tragedy which plunged the Congo into a crisis until then.

After a first book “Patrice Lumumba. Discours, lettres, textes”, prefaced by Tumba Alfred Shango Lokoho, Professor at the Sorbonne-Nouvelle in Paris, preface taken up in this new book, the author updates this assassination in its important global context to always remember: a Congo on the front line of the Cold War with a focus on the often-forgotten PEOPLE of CONGO.

Suddenly, the book is full of revelations: the Congolese bet, the Congolese-Belgians Brussels Round Table (which was a square) to prepare the independence of the country, the official signing text of the Congolese independence witch was not printed or type righten on an official letterhead paper but on an ordinary one, the famous letter from Etienne Tshisekedi to Albert Kalonji, the course and the place of this assassination, people who were present, a Lumumba that has become a "business", the revelations on the assassination or the attack on the plane of the UN Secretary General Dag Hammarskjöld revealed to have been perpetrated by mercenaries in the service of Tshombe, the Congolese moles including the famous “Binza Group”, the CIA revelations, the role of young Colonel Mobutu; President Joseph Kasa-Vubu, Justin Bomboko and above all a Kandolo, etc. all working for the CIA, Belgium and the UK.

Especially since, anti-colonialist, a self-made politician with a vision of a unitary Congo, pan-Africanist believing in African Unity and believing in the black race, Lumumba political life is turned upside down especially with his non-formal speech on Congo's Independence Day Thursday June 30, 1960 in front of King Baudouin of the Belgians present. Because of the anti-colonialist character of this speech, it was considered a crime of lese majesty and in such an environment of the Cold War, the American CIA and the Belgian secret services decided to assassinate him becoming the first leader of a new independent country to be thus assassinated in a nebula of spider's web, in a dialogue of the deaf and especially a market of dupes of actors and witnesses, foreign and Congolese, each pulled the cover on his side. When the assassination happened, no one seemed to want to take the responsibility for it. Alas!

Written in journalistic language, this book which can be read in one stroke and would like to be intended for the children of the African and Congolese independence so that they understand the lessons of the errors of then, of these limited of these Independences Fathers, the implications of foreign occult forces in the crises of Congo and Africa, all in a silent spider's web sometimes as in an African tale where ogres take human forms that was the famous Cold War.

All this, to avoid these crises and these fatalities and these tragedies of these heroes falling before completing their missions and seeing the completion, like Lumumba, of their visions on their countries and on the Congo.

The second part is made of the documents, letters, speeches, archival texts of Lumumba himself, just to pierce his vision and his policy and avoid side considerations.

The book pleads for the commemoration of these heroes.

With this book, the author believe himself to be on the footsteps of these great and famous Congolese and Africans biographers and renowned historians, so that he is claiming to be a distant disciple in time and space: The Professors Isidore Ndaywel, Thomas Kanza, Joseph Ki-Zerbo, the Reverend Father Léon de St. Moulin and Tumba Alfred Shango Lokoho who prefaces his book.