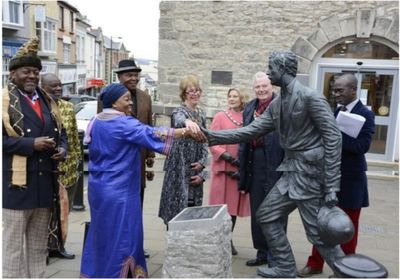 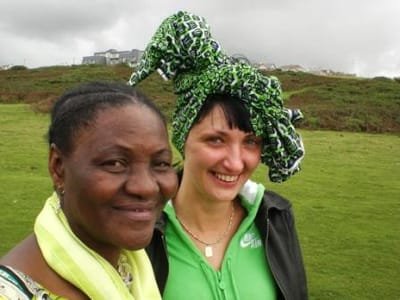 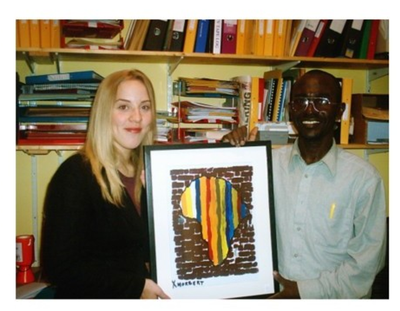 SOUTH PEOPLE'S PROJECTS (SoPPro) (SoPPro) was set up by mainly members of the UK Congolese (DRC) diaspora and registered as a charity in 2004.

OUR VISION is to become an effective diaspora organisation that helps and facilitates knowledge share and capacity building between Africa, notably the DRC, and the UK. We do this through assistance to African people in Africa and to refugees, asylum seekers and exiled persons in the UK. We then created the acronym of MAR (Migrants, Asylum seekers and Refugees).

HISTORY - It all started in Newport (South Wales/UK) when in 2004 SoPPro was set up by Norbert MBU-MPUTU. Inspired by the British volunteering culture (the fact that some people, even ordinary one, could give their time, their money and whatever they are not using for the most vulnerable of the community) he first exprienced during his first journey in the UK in 2001 and also taking the fact that many those new comers, he networked with talented and skilles newcomers (asylum seekers, refugees and exiled persons), especially from (the Francophone) Africa as they could contribute in their new weclome communities through their studies and their curriculum vitae sometimes unknown and not taken into consideration. Then, arriving in a new country and living in a new community, it is important, above all, to learn from them, not only the language, but also the culture, the history, etc. This symbiosis created this new organisation aimed to address those issues and to make the beneficiaries aware that they are more part of the solution by contributing than, as usual seen, as part or even the problem. It was a real challenge we now think that we have successfully addressed.

THE CHANGEMAKERS - But, the most important also is to use the same opportunity of now living abroad and in the diaspora with such incredible open doors and learning and networking opportunities, to link, to network and to connect whatever one could and will be learned from those communities especially the volunteering culture (the fact that some people, even ordinary one, could give their time and money and whatever they are not use for the most vulnerable of the community) and experienced from those welcome countries to our own back homes. And also to bring and to share with those welcomed communities also our cultures and whatever positive we could, so that both sides of the world could be come two times riches and that we will play such changemakers game; according to this Malinke proverb says that "the one who travels knows more than the one who goes to school even to university"

We were successfully welcomed and received support from a range of brillant organisations who have placed their trust and faith in us. We will always be grateful to them and they include (click here)